The History of Queer Magazines

The first magazine to focus on LGBT issues, Jahrbuch für sexuelle Zwischenstufen (Yearbook for Intermediate Sexual Types), was initially published in Germany in 1897. The publication focused on scientific, literary, and political topics affecting the gay and lesbian community at the time; with special focus given to the growing belief among liberal doctors that homosexuality was, in fact, an inherent trait, instead of a deviant one. The magazine was in regular publication in Germany, and in many Northern European countries, until 1933 when the newly empowered Nazi Party forced them to shut down.

After the Second World War, a wave of social conservatism (driven mainly by the Red Scare) swept across Europe and North America. This lead to many LGBT organizations that had grown in prominence in the 1920s going deep underground. The only regularly released publication in this era was Vice Versa, a Lesbian-centric periodical written by author Lisa Ben, that was only available in the greater Los Angelas area.

Not everywhere in the world was being held under the thumb of McCarthyism and the Red Scare though. 1952 saw the publication of Adonis in Japan. The magazine was an offshoot of the Adonis Society of Japan, a group of LGBT intellectuals, such as Yukio Mishima, who wanted to reduce the stigma against homosexuality in Japan by featuring stories and articles about highly accomplished Japanese gay men. Along with these profiles, Adonis featured critiques of art, cinema, and literature. Though the authorities forced the magazine to end publication in 1962, it became the template for many LGBT magazines to come. 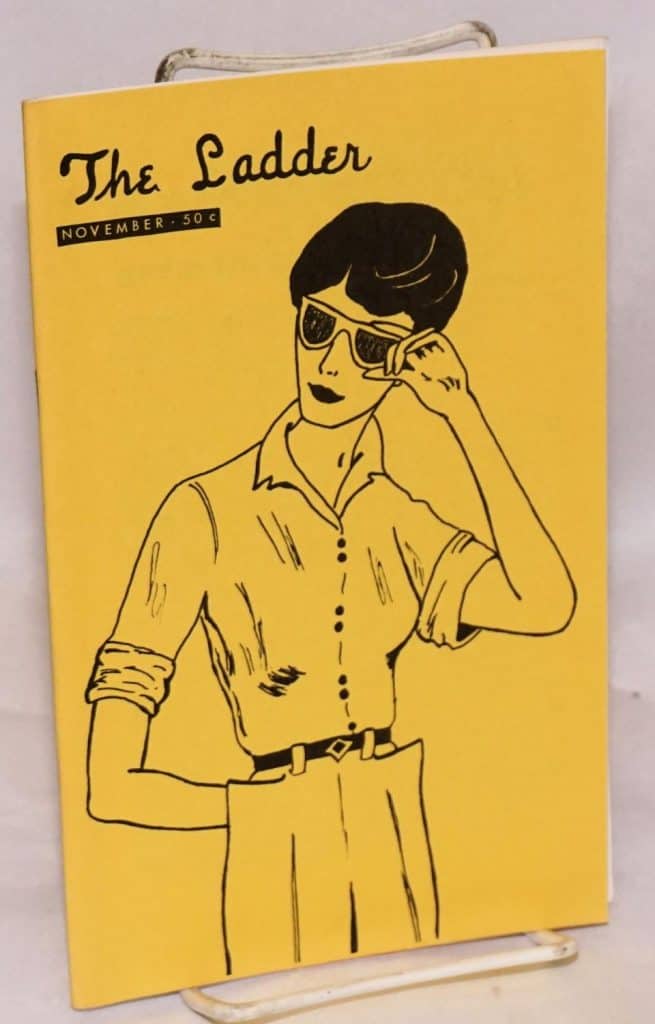 One such publication to be influenced by Adonis was actually another American lesbian magazine, The Ladder, which became the first nationally published LGBT magazine in North America. The primary method of communication for The Daughters of Bilitis, the first lesbian Civil Rights organization, the magazine remained in publication in 1972, when The Daughters of  Bilitis disbanded due to a schism over whether to primarily support the feminist movement, or other LGBT groups (which were made up of predominantly gay men).

During the 1960s, as The Ladder grew in size in America; Canada saw the publication of multiple LGBT magazines. ASK Newsletter in Vancouver, and GAYin Toronto. GAY was the first publication in the world to use the word “gay” in its title, and quickly expanded across North America and Europe under the title GAY International. Its growing mainstream popularity only ended when Sodomy charges were brought against one of its editors by the Ontario RCMP. The conviction would be pardoned when the Criminal Law Amendment Act (Bill C-150) took effect in 1969, legalizing homosexuality, but by then a new gay magazine powerhouse had grown up out of Los Angelas.

The Advocate began as “The Los Angelas Advocate”, and was originally published as a newsletter alerting gay men to police raids in LA gay bars. In 1969, after the Stonewall Riots, it was officially renamed The Advocate, and saw its print run increase from 800 per issue, to over 40,000. Originally running as a newspaper-sized publication, it would eventually adopt the proper magazine format in October of 1985. Over time it became the most prominent LGBT magazine in the North American market, its covers adorned with figures such as Ellen DeGeneres, Gore Vidal, Madonna, Ryan Reynolds, Hillary Clinton, and even Pope Frances.

In 1975 the UK saw the publication of its first LGBT magazine, Gay Left. The magazine focused heavily on politics, as it was created by members of the recently dissolved Gay Liberation Front, and The Gay Marxist Group. Its main goal was to highlight the oppression of gay men and women under capitalism, and to convince readers that Socialism would be a better alternative. It remained in publication until 1980, when many contributors were arrested under false pretences by the Thatcher government. 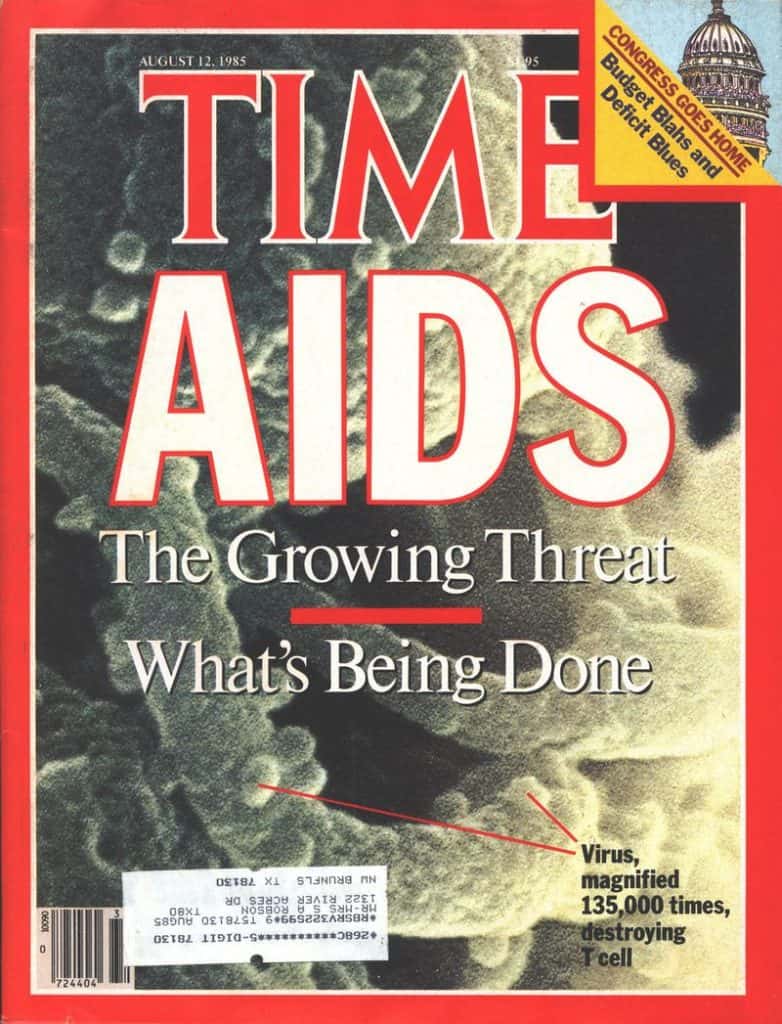 The 1980’s saw a decline in new LGBT publications in America, as the community was forced to direct all its energy to the AIDS crisis. Because of the growing pandemic, mainstream magazines began to cover LGBT issues directly, and in a more sympathetic light. TIME Magazine dedicated well over a dozen cover stories to the AIDS crisis in the latter half of the 1980s, and early 1990s, though no cover space was dedicated to the community most affected.

During America’s LGBT media crunch in the 1980s, the UK did see a bit of a resurgence with the publication of GT (Gay Times) Magazine in 1984. The magazine originally focused specifically on gay and bisexual men, but over time has grown to include content for lesbians, transgender men and women, as well as genderqueer individuals. 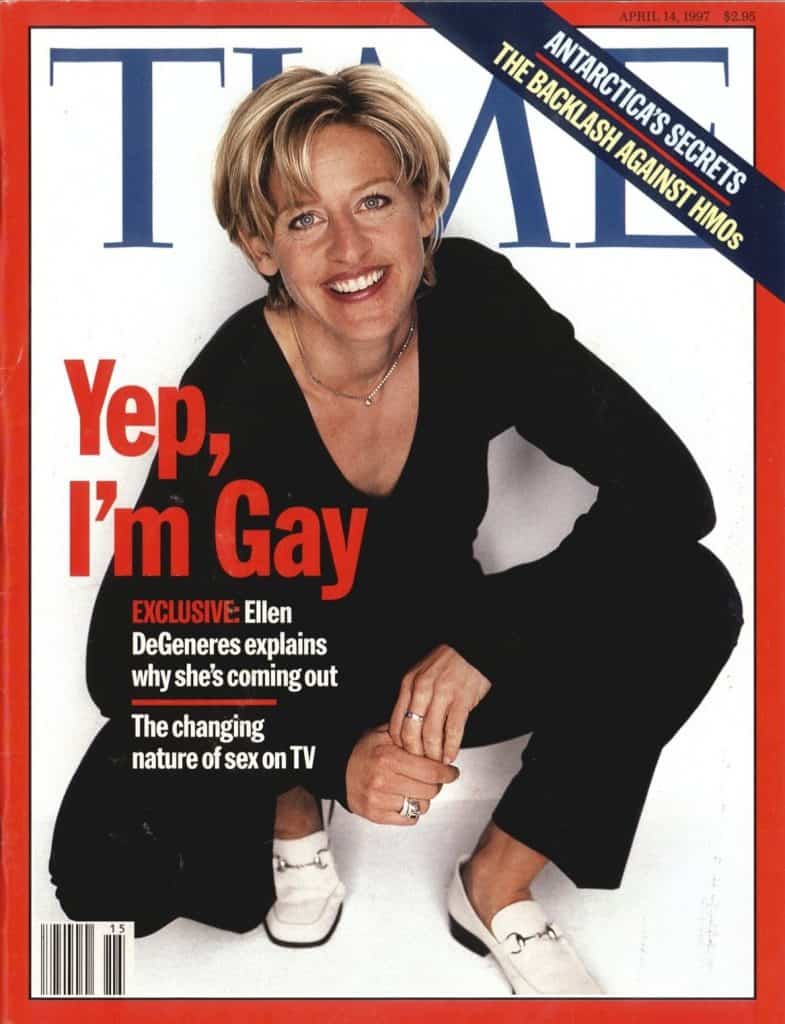 The 1990’s saw a rise in LGBT acceptance in The West, with magazines such as OUT in the United States, and Attitude in the UK finding mainstream success on newsstands and online. The decade closed out with the now iconic cover of TIME Magazine featuring Ellen DeGeneres and the headline: “Yep, I’m Gay”.

The new millennium saw LGBT representation grow across the board. Magazines like OUT and The Advocate saw their subscription numbers rise as it became safer and more acceptable for people to come out of the closet, and we began to see magazines dedicated to transgender individuals such as Original Plumbing, FTM Magazine, and TG Life.

Soon, more and more mainstream publications started featuring queer content on a regular basis. With LGBT people appearing on the covers of magazines such as Entertainment Weekly, Vanity Fair, People, Newsweek, and even Parents Magazine.

Now in 2019, fifty years after Stonewall, and a hundred and twenty-two years since the publication of Jahrbuch für sexuelle Zwischenstufen, it doesn’t seem all that odd to see gay, lesbian, bisexual, transgender, and genderqueer people on the cover of your favorite magazines. Right alongside Beyonce, Barack Obama, and Jennifer Lawrence, you’ll see Lavern Cox, Gus Kenworthy, and RuPaul.

Where once it would have been shocking to see these people on magazines in line at your local grocery store… now, wonderfully, it isn’t all that queer at all.

A Marvel Of Marketing